And Quiet Flows the Vodka: or When Pushkin Comes to Shove: The Curmudgeon's Guide to Russian Literature
by Alicia Chudo, edited by Andrew Sobesednikov,
with the Devil's Dictionary of Received Ideas
[in fact, by Gary Saul Morson]

The Primary School Chronichle also includes many comic narratives, such as the delightful story of two brothers named Boris and Gleb, which is only the beginning of the humor. These grand strategists know that their brother Sviatopolk means to murder them and claim the throne. Boris and Gleb decide on a plan untried in all the annals of warfare: they do nothing. This became the origin of all of Chekhov's plays.

The first (some say, last) great work of Russian poetry was The Host of the Laying of Igor, or, more literally, The Laying of Igor's Hostess. Its author is known as the Poet of the Igor Tale, but actually it was written by another unknown poet at the same time. [*] In the twentieth century, scholars began to suspect it might be a forgery written by a later poet. They pointed out that an anagram in the prologue reads "This is a forgery!" that a passage once difficult to decipher turned out to mean ''Ford Bronco," and that carbon 14 dating on the oldest surviving manuscript proved it to have been copied last Tuesday. But the prominent scholar Jacob Romanson, the only person in the world who knows the language of the ancient Polovtsy, demonstrated that the poem contains several Polovtsian words that could have been placed there only by someone who knew the language of the Polovtsy. [**]
* More recently, it has been attributed to Bakhtin.
** See Edward Queenan, "Textological Proof That Every Work of Russian Literature Is a Forgery," Journal of Slavonic Philology 434, no. 1: 222-91. The authorship of this article has been challenged.

Women in Russian novels come in three types: notorious women, saintly women, and society women. [...]
The saintly woman remains true to God (or Socialism) and retains her native Russian purity even though she has been raped as a child, frequently beaten, forced to work as a prostitute, and tended children dying of heartrending illnesses. The last characteristic, reflects the influence of Dickens on Russian literature. No wise parent would ever allow a saintly woman to baby-sit unless the child is insured. According to the Society for the Study of the Russian Novel, the most common name for a saintly woman is Sonia (or Wisdom — 42 percent), with Vera (Faith — 19 percent) and Nadezhda (Hope — 9 percent) a distant second and third. [*]
Saintly women like to clasp their hands in horror or sympathy and stalk men as their personified conscience; the man turns, and there are the clasped hands and the look of infinite sympathy and suffering. If he stops to talk with the saintly woman, she will read the Gospel to him. in one Dostoevsky novel there is a whole chapter of quotations from the Bible, beginning with "And I saw the children of Bebob numbering six thousand four hundred and twenty-seven" and ending with the Four Horsemen of the Apocalypse. The last is a must, if one is going to invoke the horse theme in Russian literature. At last the stalked hero, out of sheer desperation, turns himself into the police with the hope of being sent to Siberia, but when he arrives there, whom does he see with her hands clasped? From saints there is no escape.
* Consider the frequently cited passage from the notebooks to Crime and Punishment: "N.B. N.B. N.B! Name the heroine something meaningful. If nothing better comes up, make it Sonia." The passage continues: "N.B. N.B. N.B. N.B. Give her family a last name suggesting either excessive sweetness — Sladkov? Medov? — or else their capacity to suffer — Muchennikov? Slezov? N.B. N.B. N.B. Better make it amusing, that will convey poignancy. Derive it from jam or sugar or marmalade or something. N.B. N.B. N.B. N.B. N.B.!!!!!!! [...]" 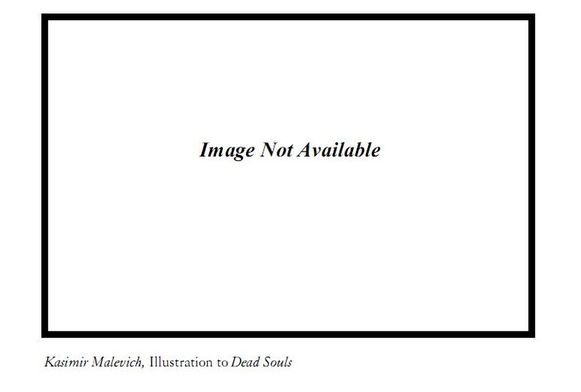